It’s been a while since my last update and much has happened during that time.  For me, it started off with a trip to Germany to teach strength and conditioning principles to a great group of coaches.  It was a very humbling experience for me as these coaches are at the top of the profession in Germany.  I got to teach 2- 2-day courses during my stay.  I did get a little time as well to check out some of the sites including seeing the biggest church that I’ve ever seen in my life.  It was so big that it took almost 500 years to build!  I was very grateful for this opportunity as I met some really great people while getting to see another part of the world. 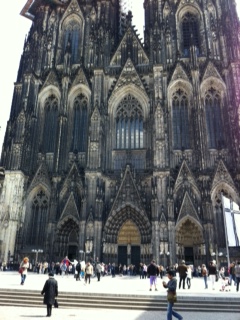 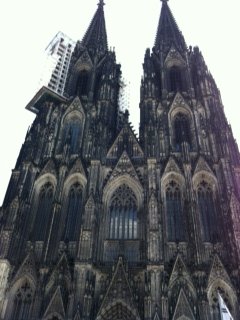 After my trip to Germany, it was on to Boston where I was speaking at the BSMPG annual seminar.  It was another event that I was honored to be a part of.  Art Horne and Dan Boothby really do a great job with this conference on an annual basis.  The speaker lineup was outstanding as coaches like Cal Dietz, Joel Jamieson, Dan Boothby, and Pete Friesen all spoke in the hockey track while people such as Bill Knowles and Craig Liebenson were the keynote presenters.  While I am not a “basketball guy”, there were also some of the best Strength and Conditioning coaches in basketball with presentations from coaches such as Art Horne from Northeastern University and Andrea Hudy from the University of Kansas.  What was also really impressive was that the people in the audience featured some of the best strength and conditioning coaches in Hockey and Basketball as there were lots of coaches from the best programs in collegiate hockey and basketball and also a few from the NHL and NBA.

At HockeySc.com, we continue to roll along with adding great content to the site in addition to having some really good discussions on the forum.  It was also great to see many of the members at BSMPG.  We are excited about how the site is continually being the best in hockey training information on the internet.  Here is what we have added since my last update:

Videos of the Week:

Summer 2012 Phase 1 Strength Training by me

Training Overhaul: Making the Transition from Old School to Current Principles without Pissing Off the Coach (Part 2) by Kevin Neeld