It’s been a long time since my last post to this site.  For those who know me, you know that I am in the process of a change within my career.  As  I make the transition from one coast to the other, I wanted to revisit and update the blog with something current.

A big reason why I haven’t been posting as consistently as I would like to is because I’ve been working on something else when time permits.  One of my goals has always been to write a book on training for hockey.  Well, it is now starting to become a reality. I also want to clean the dust off this blog and start posting again.

Total Hockey Training is due to be released by Human Kinetics in February 2016.  To say that I am excited is an understatement.  I really enjoy the grind of writing and re-writing as we go along until the finish. It will be available both as paperback and e-book. 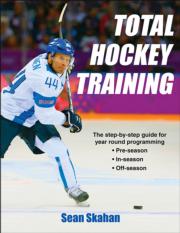